Synchronization of Imported Users From the Existing Database

You can navigate to the user synchronization page from users page as shown in the below figure.

Bold BI will list the Imported Database users that are already imported as shown in the below figure. 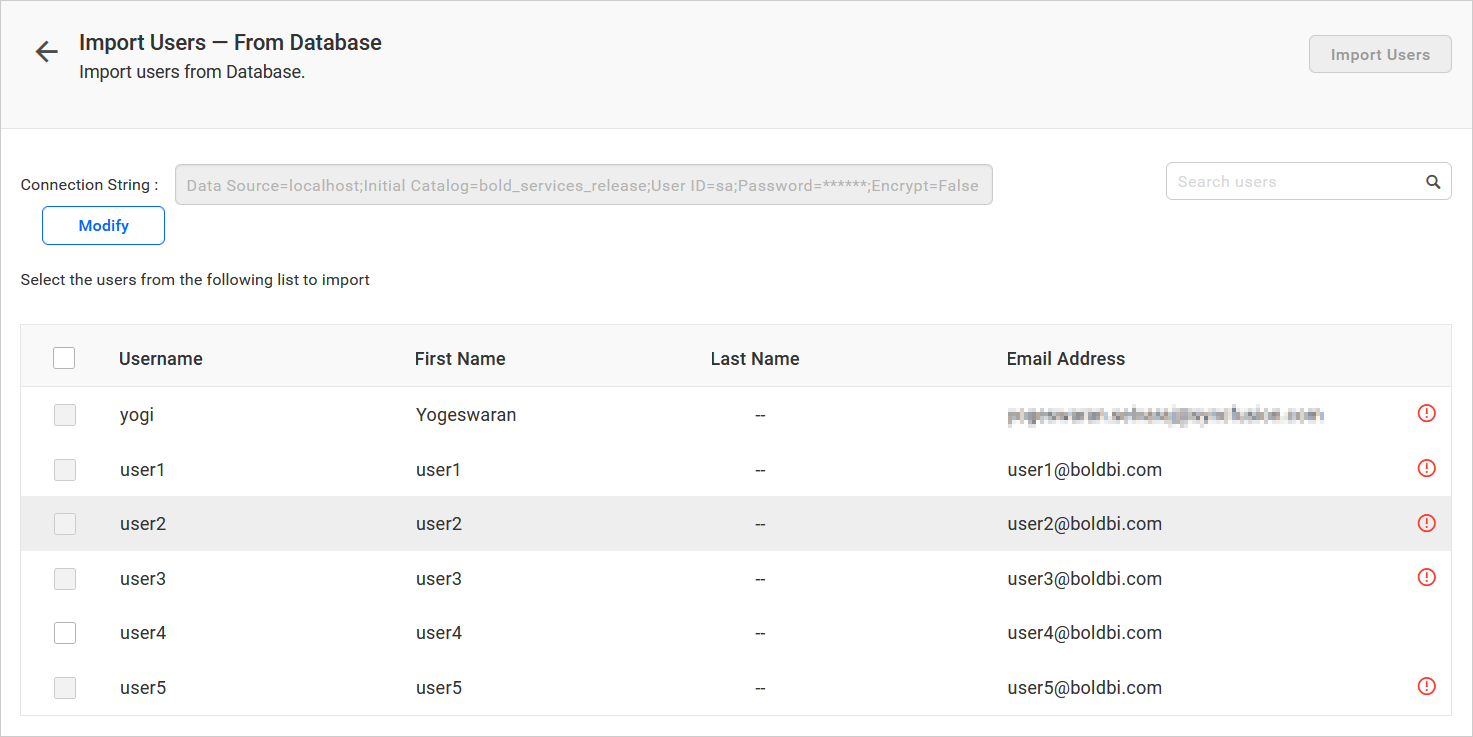 NOTE: Only users imported from the database configured in this organization are listed here.

Choose the users you want to synchronize and click on Synchronize at the top.

After synchronization completes, the number of users modified, deleted, duplicated will be shown in the success message box as shown in the below figure. 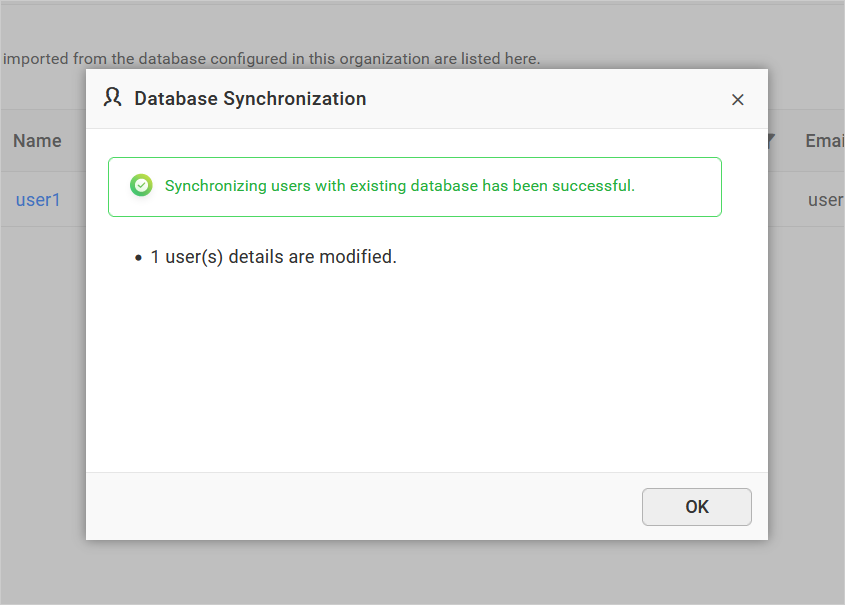 Existing Database users who has the same email address as that of the Bold BI users(who are already present) will be marked as duplicate users and will not be allowed to synchronize with the imported existing database users.