Data Cache allows you to improve the dashboard performance by caching the result of each widget and keeping the cached data in a dashboard for a particular amount of time. When the Data Cache is ON, it stores widget data during the first dashboard rendering time and it will fetch the data from the cache without hitting the actual data server for the next dashboard load. Hence, it reduces widgets’ loading time and performance hit in the data server.

How to configure Data Cache 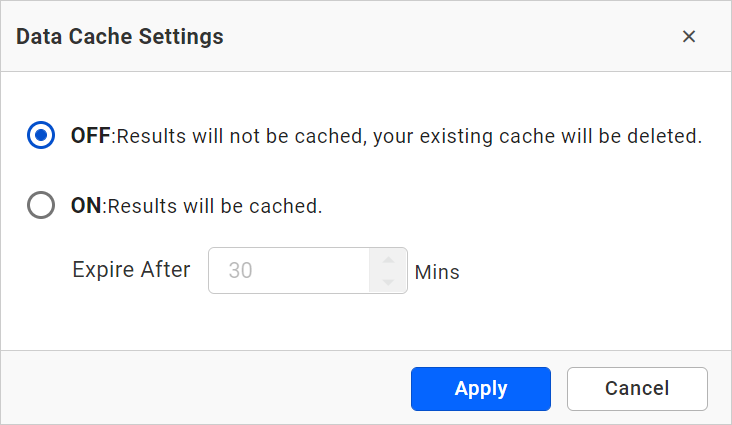 Click Apply button to save the data cache configuration.

The OFF state cannot store the data of a widget. You can enable it when there is no need for caching data.

The ON state caching widget data and the cached result will be applied in the rendering of the dashboard. The Data Cache has an expiration time of up to 60 minutes and the default time is set as 30 minutes. 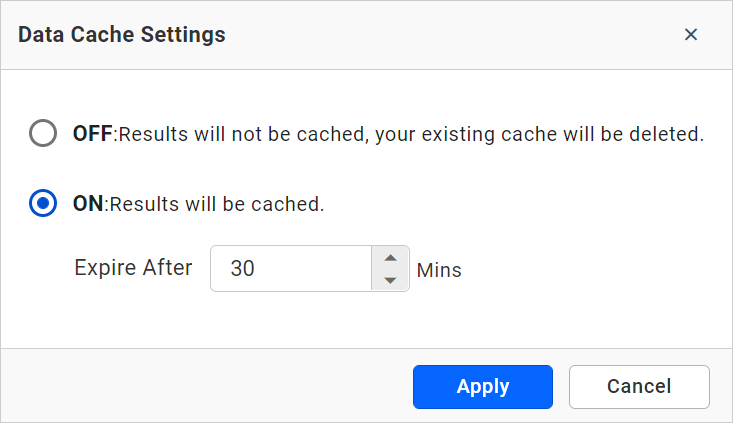 How to fetch Live data when Data Cache is enabled

Data cache can be achieved through two modes:

The In-Memory is the default cache memory for dashboards. It stores the data in the internal cache storage. You should configure the CacheMode property for the inmemory mode selection. Please find more details about Mode Selection.

After installation, you should start the Redis server as shown in the following image: 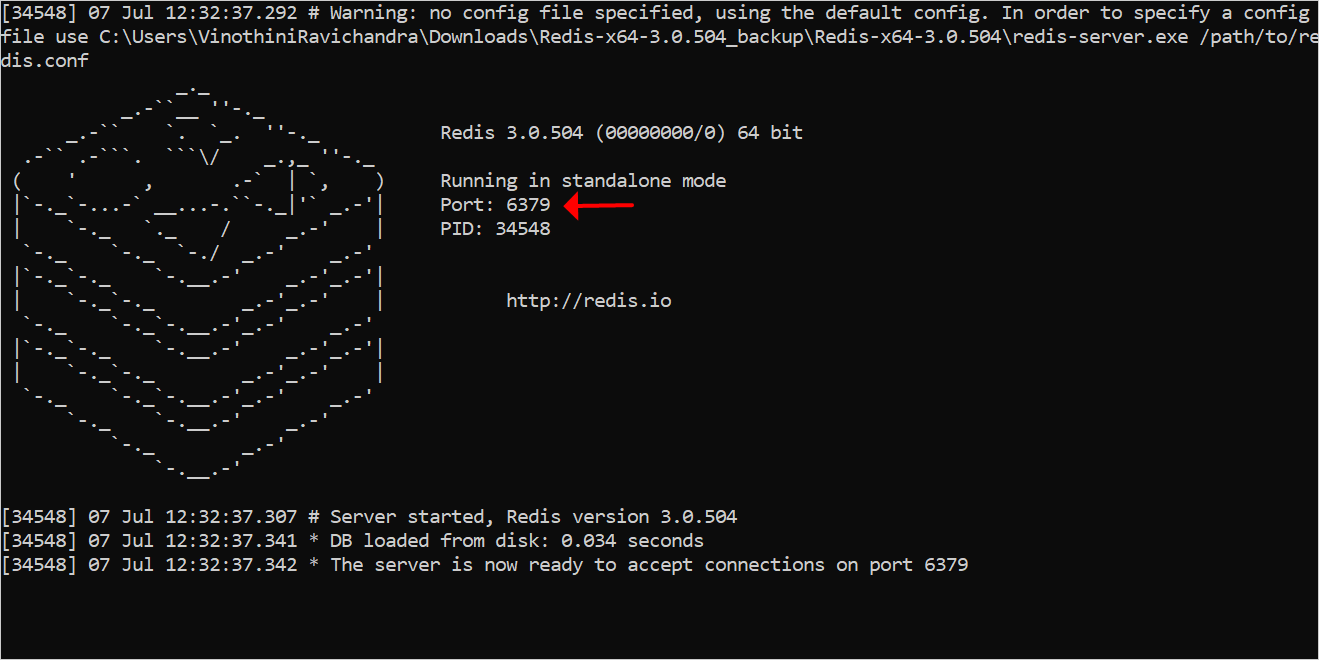 Give the above highlighted port number of the Redis server in the RedisConnectionString property of the appsettings.json file through the file location below:

By default, the Redis is deployed in C:\BoldServices for Windows and /var/www/bold-services/application for Linux. 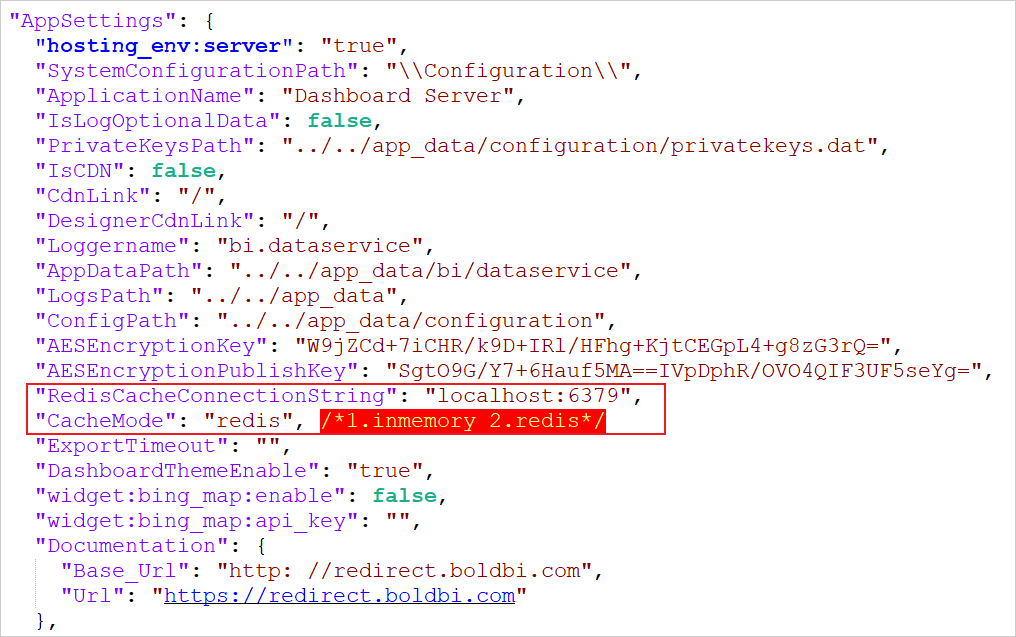 Mode Selection is needed for which CacheMode, the widget data will be cached. Mode should be either inmemory or redis. Follow these steps to select the mode:

NOTE: Cache mode should be case sensitive such as inmemory and redis.